"Third time's a charm", or so I thought... as I headed down for another shot at what would hopefully be my first "full" weekend of the Summer. With the boat in tow after working on it during the week to resolve fuel flow problems caused by the introduction of ethanol into our fuel supply (Thank you, big oil) I call ahead to have a friend turn on our A/C so temperatures are tolerable for our arrival. I get a call back a few minutes later letting me know that the A/C doesn't seem to be working. After a few minutes trying to do some telephonic troubleshooting, I decide whatever it is will have to await my arrival to get addressed, so in my usual devil-may-care way (NOT!) I sit back and start stewing the remainder of the drive.

Upon arrival I immediately check all the usual suspects, fuses, breakers, battery to no avail. So outside I go to look at the junction box to see if anything was awry there (having learned that there was a power outage earlier in the day and that an electrician had been working on said box). Upon opening the lid, the first odd thing I observed was the obvious lack of circuit breakers. After removing the lid (taking care not to shock the crap out of myself) I realize the electrian's mistake and luckily proceed to remedy the situation without killing myself or burning down the campground. 3 weekends and as many traumas, a weaker man would have turned around and gone home (I said weaker, not smarter). A couple of beers later and I'm finally laying down for the night hoping tomorrow brings better times.

Saturday morning arrives and we notice the winds are a little stronger than the forecast had promised so we started out a little concerned. We didn't get an early start and our concern grew when we got a call letting us know that maybe the bay boat wasn't the one to drop in today (due to the seas). Unwavering, we just continued loading our gear trying to make the morning high tide and hoping that even if the wind and waves might make it a rough day, the clarity would hopefully make up for it (besides, we figured if we had to, we could come back and put in the big boat).

So we get underway and head out to see if we can finally get some fish in the cooler and more importantly on the website. First stop, "The Special Spot" (no I'm not going into how some spots got their names - and it's probably best that way), a terribly shallow spot that we usually hit for lobster (in season of course) and hogfish with an occasional red grouper thrown in for good measure. Unfortunately the water here looked like split pea soup and after giving it a solid looking over, we moved on.

Next stops, #17 and The Glory Hole (like I said, not going into it...) where we end up landing a couple of nice red groupers (by my nephew Danny) and a few sheepshead. After scouring this area as well, we move on trying to catch a couple of drifts by the 7 mile bridge before the tide switches and we're swept out to sea. Unfortunately the drifts didn't prove to be incredibly fruitful but there were a couple more fish in the cooler so it wasn't a total loss.

So we decide, enough of the shallow stuff, and head out to #67, #25, #89 and The Horseshoe with a couple of others thrown in for some variety. We jump in on the spot where I was forced to leave behind that 20 pounder a couple of weeks ago and I drop on the rock to see if anyone is home (hopefully healing beautifully) but find no one home. The last time we were here the area was practically littered with small grouper of which we were seeing none on this visit. After peering into the rock from an inverted position finding nothing, I push off slightly and arch upward towards the surface to make my ascent. As I do this, I get a little too close to the coral and drag my knee across what was most likely a piece of brain coral growing on the rock. I instantly feel the sting of the cuts into my knee and peer down as I rise to see the white layer of my dermis exposed from 4 or 5 scrapes about 3 inches long. After this it's not long before I start to bleed like a stuck pig once I board the boat. Luckily, I'm not much of a bleeder (comparably speaking) and everything is nice and coagulated by the next spot. That's not to say my re-entry wasn't without it's sting...

At the next stop, my brother in law shoots one of the nicest snappers we've seen in weeks (at least in our cooler) and I come up with a big goose egg. We move on and at the next spot, I decide I'll give my knee a break and let my brother in law and nephew dive there (what a bonehead move). They had barely been in the water for 5 minutes when I get a signal to bring the boat in. At first I'm thinking "Wow, this spot must be totally dead if they want to leave this quickly...", but I was wrong (and how!). By the time I pull the boat up, I'm being handed a nice black grouper over the gunwale and asked to shut the motor off because they're tracking another one (which they proceed to boat as well). Let this be a lesson kiddies, you can't find 'em and shoot 'em if you're not in the water. Hey, it was my turn to drive and the fish were in the boat, so it's not all bad at all.

We move on to The Clumps (again, not going into it) where we run into tons of mangroves in the 14" range but with a limit of only 15, I kept holding out for the biggest ones and only ended up shooting about 3 or 4. With only a couple of fish left in our bag limit, we decide to make one more stop at The Horseshoe where I jumped in solo. I scanned the edge of the reef hoping for a sign of a large cubera that my brother in law had seen here a few weeks ago but had no luck. After spending about another 10 minutes in the water I had just about given up and decided to unload my gun and call in the boat. Just as I unload, a mule of an Almaco Jack swims up to me all by himself. I try to reload as quickly as I can and decide he's close enough for a shot with only one sling so I dive on him, extend my gun hand and pull the trigger and... nothing! Either by way of a problem with the safety or my own bumping it accidentally, my safety had engaged half way which was just enough to keep the trigger from working. Knowing that in situations like this, the second I release the safety the shaft will be fired and not having time to load the second sling, I watch the Almaco swim off without getting off a shot.

Needless to say, a couple of expletives were shouted underwater as I ascended and discharged the speargun. Having a little renewed hope, I reload (with two slings this time) and scan the reef one more time. On this pass I run into the rest of the school of Almacos that must have been following that larger specimen I first saw. There were a couple of nice sized ones in the school so I drop, pick the biggest one in the group in front of me and let it fly striking home and breaking the fish's spine sending him into a quiver. Unfortunately, my flopper didn't toggle and the shaft came out but the shot was such that he was not going to be able to swim off.  But these fish are very strong and even in this state he was able to avoid manual capture for quite a few minutes. As I made my attempts to grab him, I noticed another member of the school circling around him on the bottom. Figuring my first fish wasn't going anywhere, I drop and get a solid shot on the second fish. After grabbing and dispatching the second fish with my knife, I'm able to drop and finally get a hold of the first fish's tail and make way to the boat with both fish in tow.

After this it was simply a matter of making way home through the increasingly aggressive seas and drinking your beer without chipping a tooth! 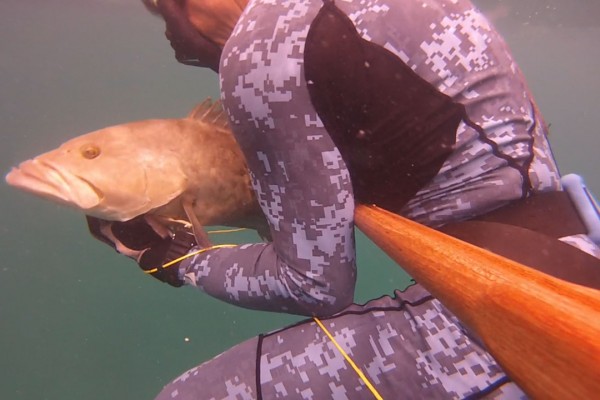 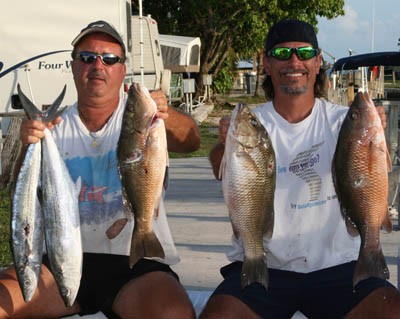 Sat Jun 21, 2008 The water was aboslutely the clearest I've seen in a long while.

Nautilus Spearfishing
This store is owned by one of my FII instructors. If you're looking for spearfishing equipment in South Florida, check it out. 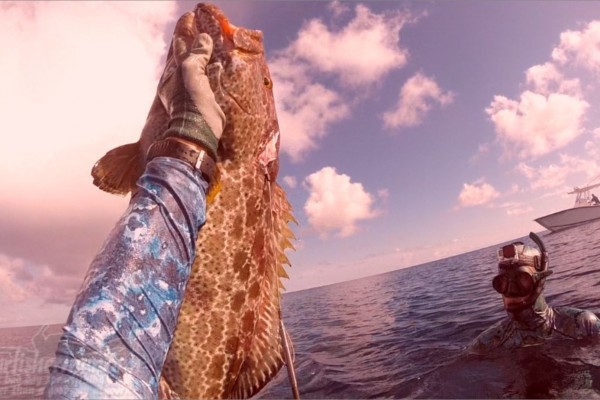 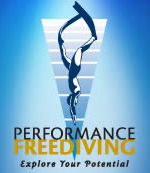 Back in March of 2010 I enrolled in and completed the FII Level One freediving course. I was extremely happy with the course content and the outcome (check out the SpearView). Unfortunately for me, I'm not a professional freediver, so as with... 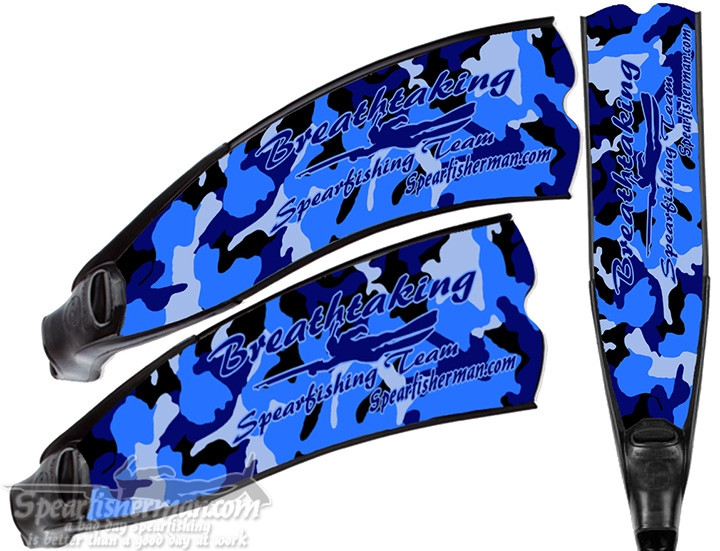 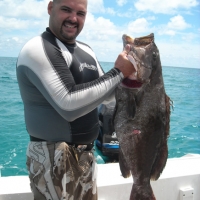 Seas: 2-3 feet Winds: 10-15 W/SW Viz: 5-35 feet Temp: 86 F Well, it's the end of yet another Summer of diving and spearfishing. I would say that this one definitely seemed to have come and gone a lot faster than other years in the past. Even though...

Well I finally thought the time was right and stepped up to buy myself a GoPro camera a couple of weeks ago. I waited for the launch of the Hero2 because I was following the specs for this new model... 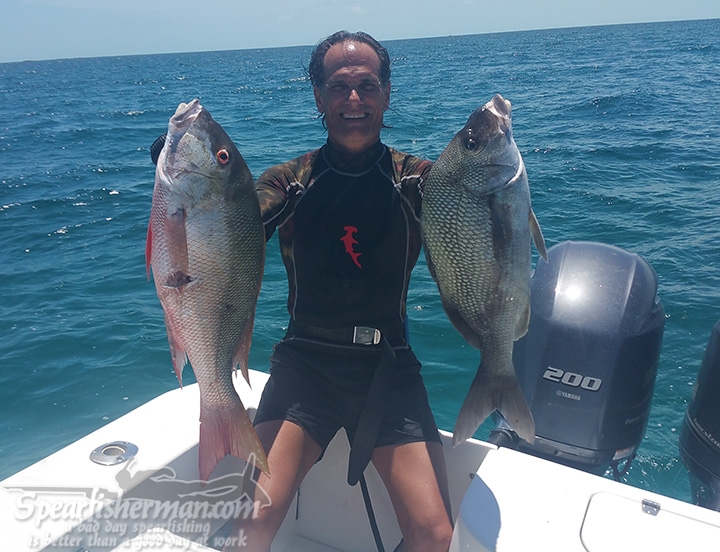 After a few years' absence, we were able to make it back to Cat Cay for a family vacation this Summer. Just like our last trip, we spend the week leading up to the... 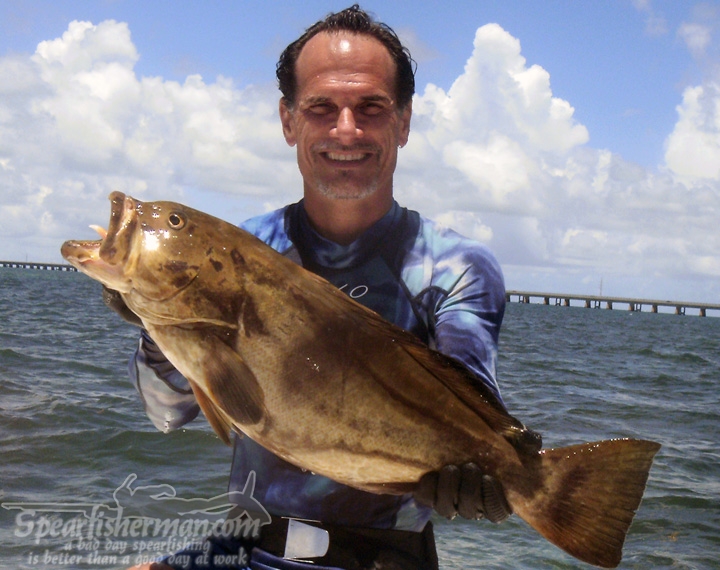