As you may have guessed from the title and my little limerick, the jellyfish have arrived early this year and in numbers that I have never seen before! I was able to take a little additional time off this Summer to get down for the opening day and week of lobster season. I was hoping to take advantage and grab enough bugs to satisfy my brother in law's hunger for the midnight crawlers and maybe take a couple of opportunities to shoot some fish as well.

This year opening day (August 6) fell on a Saturday. Having the season open on a weekend has its good and bad. The good is that we get to maximize the time we're going after the bugs (as opposed to when it begins somewhere in the middle of the week). The bad is that every yahoo within 15 hours driving time is thinking the same thing so it's usually pretty crowded. Nonetheless, we wake up bright (actually dark) and early that Saturday morning and load up into 2 boats so we can cover a couple of spots at first light. Splitting up let us cover twice the ground and proved to be very beneficial as we were able to limit out for every one of our 15 licenses. I guess you would say we did "alright".

The weekend came and went and almost everybody packed up and went home on Sunday, much to our delight. We were hopeful that the water would clean up and the winds would lay down so we could make up for lost time while everybody else was gone this week.

We were able to dive every day, and while the water conditions would not cooperate (some days only had about 10 feet of viz) the worst part of the week by far was the jellyfish. We couldn't believe how many of these tentacled menaces there were at every single one of our spots. We literally had to look down before jumping in the water and look up on every ascent to make sure there was a path clear of them. There were times they were so thick that we wouldn't be able to avoid getting stung as we swam through them, so we would have to dive under them and hope there was a break to the surface by the time we ran out of breath.

On one dive, I did make a couple of mistakes. We were grabbing lobsters on a patch reef in about 25 feet of water on a day that had actually cleaned up a little. We could actually spot each other from the surface so we were pretty happy with the viz after what we had been experiencing over the previous days. We were also happy to see that the area wasn't completely littered with jellyfish although there were some there. I dove to work one of the lobsters from his little crevice but it took me a little longer than I expected so by the time I grabbed him, I was feeling the urge to breathe pretty strongly. I grab the net and turn to surface at a pretty hurried pace. We hadn't seen too many jellyfish and I guess I got a little too comfortable with the idea and I didn't turn to look up as I surfaced.

As I'm kicking for the surface, about 10 feet off the bottom, I feel something on the top of my head. As I look up to see what it was, a moon jellyfish about 15 inches across slides down the back of my head, neck, back and legs leaving stinging cells embedded all along the way. By the time I hit the surface, I had started feeling the effects from the encounter. I check the lobster with the gauge, break off its antennae and put it in the catch bag before calling for the boat. By now, my head felt like it was on fire and I was feeling smaller effects over the rest of my body as well (thankfully, I was wearing my rash guard). For the next 30-40 minutes I am trying everything I can think of to try and subdue the effects of the stings without much success. I can honestly say that I wished I could rip off my scalp for those 30-40 minutes until it finally started to subside. I had welts all along my neck and chest as well as my legs, but I really wasn't feeling those for the intensity of the pain on my scalp.

The worst part was that I was told this was one of only a few jellyfish in the area. All I had to do was take that one look before surfacing to avoid the whole episode. I can tell you I was looking up without fail for the remainder of the week, that's for damn sure.

The rest of the week was pretty much more of the same with retrieving the lobsters we were able to find being a ton of work due to the jellyfish, current and lack of viz. The water didn't clean up until Friday at which time we started trying to hit some of our fish spots but were disappointed to find that they were all empty. I'm not talking about there not being any fish worth shooting, there were no fish. We couldn't believe our eyes. We kept expecting tumbleweeds to blow by underwater these reefs were so abandoned.

We weren't sure what to attribute this sudden evacuation to. The water had warmed up compared to the last couple of weeks and the current was unbelievably strong (which left us wondering why it was so dirty). All that and you throw in the number of jellyfish and it was no wonder the fish had gone someplace else. I wished I was someplace else too.

Since the fishing had been so bad, we had to fill in the time with some activities back at the campground. So I fixed the basketball backboard that storm had knocked over and broken earlier in the week and we were entrusted with the keys to our beloved Kyle Inn (campground gameroom and eatery) so we could entertain ourselves and the kids with some ping pong and billiards too.

The week of fishing was pretty weak, but at least we were able to catch enough to eat. Thank God more people didn't stay this week or we might not have had enough. So storms, jellyfish, bad viz and no fish for a week... who knows, a couple more signs and maybe we should've been expecting the apocalypse. Oh well, at least there's lobster! 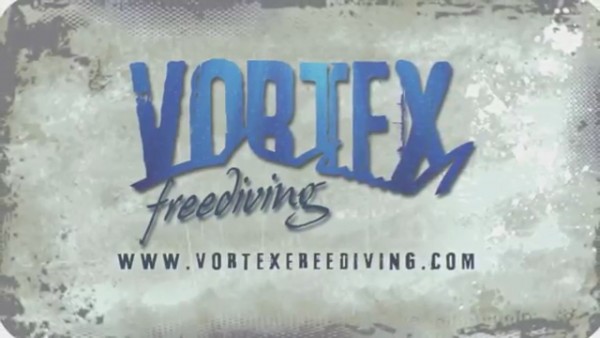 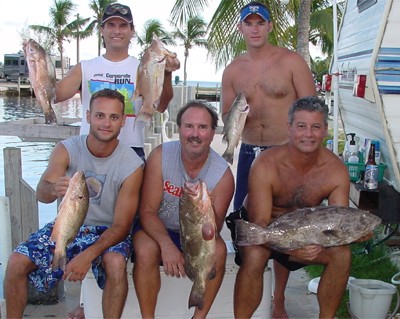 PrevNext
In the beginning... 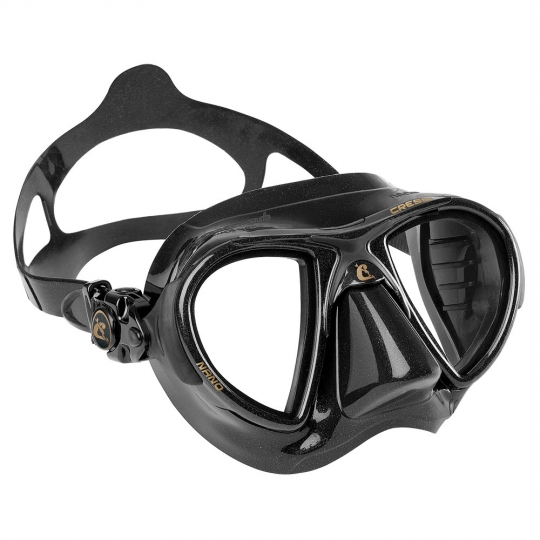 After trying and being disappointed by the Omer Zero Cubed mask last year, I picked up a couple of other masks (Mares Star and Sporasub Mystic) that fit fairly well and did not... 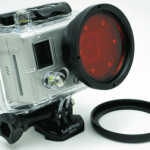 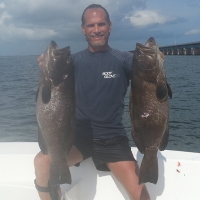 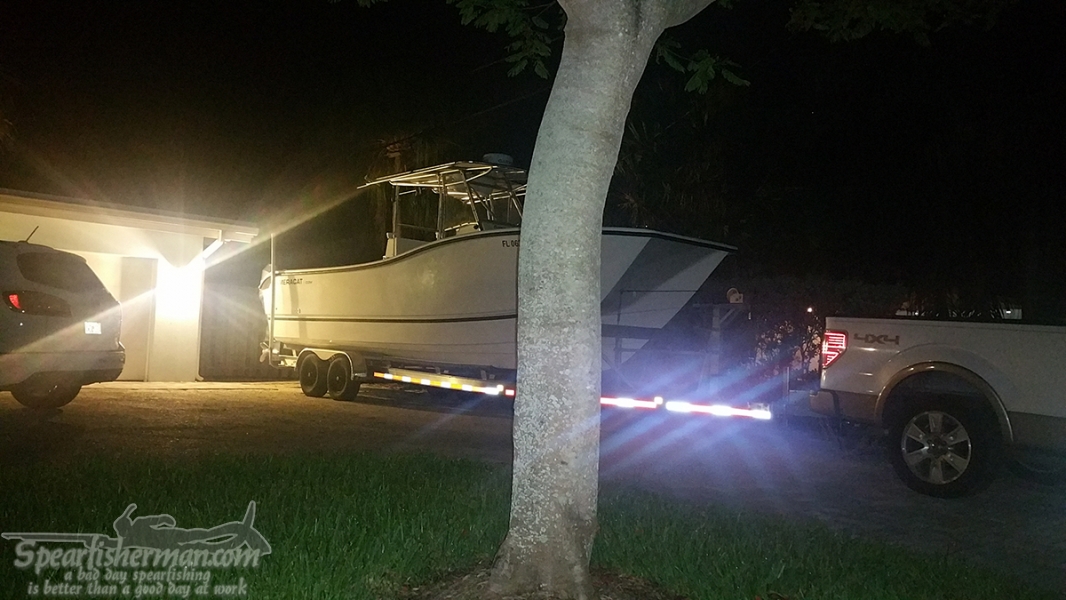 The What'sApp chat group for this year's "Guy's Fishing Trip" actually started out as a discussion for a possible trip to Bimini in Dec of 2015 before the end of the year. I was stoked. Last year's Bimini Christmas was...